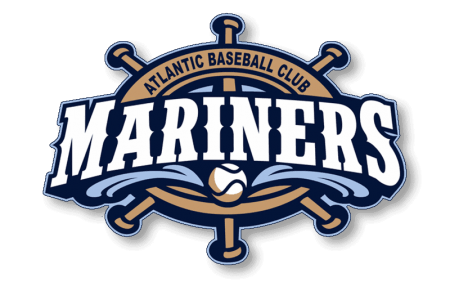 The Amateur Athletic Union (AAU) is one of the largest, non-profit, volunteer, sports organizations in the United States. It is a multi-sport organization, dedicated exclusively to the promotion and development of amateur sports. The New England AAU is a region of the National AAU Organization. The NEAAU competes at 3 levels of baseball.
- Open Division - First year teams or players.
- Super Division  - More competitive than Open Division, for the more experienced player.
- Diamond Division  - An elite player division.

The premise for our teams is on skill, mental, and athletic development. Games and winning are important, however, is to prepare players for the "Next Level". Whether it be High School Baseball or our New England Premier Baseball Program, a College Showcase Team for Ages 15 - 18U.

To aid in achieving this goal, we offer as part of the player's package ...
-Non- Parent Coaches For Majority Of Our Teams
- Limited Roster of 12 or 13 Players
- 3 Private Lessons For Ages 9-12U
- 6 Month Hybrid Baseball Training Membership With Access To Unlimited Skills Classes As Well As Speed/ Strength/Agility
-Linear Progression Development - A hitting, Fielding regimentation as well as a throwing velocity enhancement program. This is incorporated and integrated in our team practice.
- Weekly Team Practices in our 20,000 Square Foot State Of The Art Facility.

IF YOUR PRESENT ORGANIZATION/ TEAM DOES NOT VALUE OR INCLUDE STRENGTH/SPEED AND CONDITIONING IN THEIR PLAYER DEVELOPMENT, IT MIGHT BE TIME TO RE-EVALUATE WHO YOU TRUST WITH YOUR FUTURE...

Hybrid Baseball Training: is combining pertinent baseball skill classes with strength, speed and agility sessions. This constitutes classes in Arm Velocity Enhancement Progression, Linear Progressive Hitting, Fielding/Throwing Instructional Classes, Instructional Bullpen Sessions fused with Group Strength Classes. The premise is to build a better athlete/ baseball player in perfect synergy as well as preparing for the upcoming season.
This is a cutting-edge concept in training and ultra-convenient for the busy athlete. Weekly Baseball Skill Classes are self - scheduling via an online scheduling system. Players may schedule 8 hours per week of baseball classes!! This is to be concerted with Group Strength Training Sessions which are also self-scheduling with a wide spectrum of weight room time availability. Players are to weight train AT LEAST three days per week with programs designed and supervised by Certified Strength Coaches.
Individual Team Practices: Teams will practice separately on one weekend day. Practices are 90 minutes in duration.
IF YOUR PRESENT ORGANIZATION/ TEAM DOES NOT VALUE OR INCLUDE STRENGTH/SPEED AND CONDITIONING IN THEIR PLAYER DEVELOPMENT, IT MIGHT BE TIME TO RE-EVALUATE WHO YOU TRUST WITH YOUR FUTURE...

Super/Diamond Division Playing Time: Super and Diamond Division Teams compete at a more competitive level in the NEAAU. The developmental objective remaining the same. Please note, that the amount of playing time in divisional games and tournaments on a Super and Diamond Division Team is not guaranteed.  Playing time will be continually earned by hard work, practice attendance and performance in games. A player may participate in a particular game in some capacity, but playing time may not be equally distributed by seasons end. All players will continually be given their fair chances. Parents and players are given the choice to decide what level they wish to compete in.

The goal of our program is to expose athletes to a significantly higher level of baseball through our affiliation with New England AAU. We chose to compete in NEAAU and not in other Brand X Leagues because NEAAU is a nationally recognized organization and its familiarity with college coaches. All teams play a spring/summer schedule of regular NEAAU games. Most teams will compete in 2- 3 tournaments that are high caliber. The intent is to give players the opportunity to experience and compete in baseball at its best. Our teams have competed in tournaments throughout the Northeast. For 2020, some teams will also compete in a Memorial Day Weekend local tournament hosted by The Atlantic Baseball Club. We are one of the few programs that host tournaments for our own teams to help reduce the financial burden on parents.

November thru April: Hybrid Baseball Training memberships begin, which is included for all Mariner Players. At this time, players will be able to self schedule baseball skills classes as well as strength, speed, and agility. Players are encouraged to attend as often as possible.

April - July (Depending On Age):  Most teams will compete in a preseason tournament (Early/Mid April)
Division games may be scheduled on Saturday or Sunday each weekend from April through the second weekend of June, including April School Vacation week. Gameday is typically two 6-inning games with a break in between. 9-14U will compete in the Atlantic Baseball Club Sponsored Memorial Day Invitational.

NEAAU Playoffs: NEAAU Playoff games normally take place the first and second weekend of June Teams must qualify by either winning division or have a high winning percentage.

A PROVEN physics based approach to athletic development